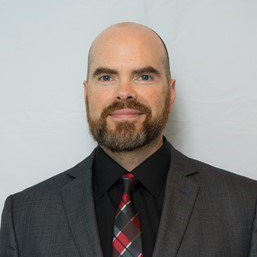 Brandon Aiken
Athletic Trainer
Athletics
CC 148G
803-641-3367
This email address is being protected from spambots. You need JavaScript enabled to view it.

Brandon Aiken is in his 19th year as head athletic trainer and 20th overall at USC Aiken.

Aiken, a native of Sturgeon Bay, Wis., joined the USC Aiken training staff in 1997 as a graduate assistant. He served in that capacity for three years until stepping into the head position in 2000.

He was promoted to Assistant Athletic Director for Sports Medicine prior to the 2009-10 athletic year.

A 1997 graduate of Saint Andrews Presbyterian College in Laurinburg, N.C., Aiken received his Bachelor of Science in Sports Medicine. Aiken is certified by the National Athletic Trainers Association (NATA) and the National Strength and Conditioning Association (NSCA).

Aiken also served as assistant and head athletic trainer at Hitchcock Rehabilitation Center in Aiken, S.C., for more than three years. At Hitchcock, he worked with high school, college, and professional athletes as well as general outpatient rehabilitation.

Aiken, who resides in Graniteville, is married to Malinda and the couple has two young children.