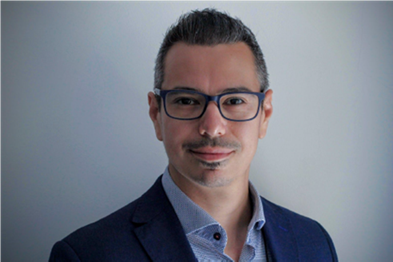 The annual Signature Speakers Series, hosted by Dr. Sandra Jordan, chancellor of the University of South Carolina Aiken, on April 2, at 6:30 p.m., in the Etherredge Center will feature "The Future of Work," a thought-provoking presentation by Jason J. Sosa, an international expert.

The event is free and open to the public.

“We are pleased to make this event possible for our community. Mr. Sosa is an expert on the future of work and emerging technologies,” Jordan says.

“He is also an experienced entrepreneur and product strategist. His background blends business, knowledge about artificial intelligence, human factors, and technology as a three-time CEO.”

Sosa is a Forbes contributing writer and is a frequent keynote speaker. He is featured in the New York Times, WSJ, Wired, Fast Company, Bloomberg, and Techcrunch.

He was recognized as a “Top 25 NYC Startup” by Business Insider.

The University of South Carolina Aiken hosted Uttam Dhillon, acting administrator of the Drug Enforcement Administration, as the featured guest for the Chancellor's Signature Speaker Series.

Dhillon's presentation, "Drug Enforcement Agency Programs Targeted at Reducing U.S. Opioid Epidemics," provided insight on the current opioid epidemic plaguing the nation. He included information on what actions DEA is taking and what each citizen can do in their communities and homes to prevent, mitigate and eradicate the harmful effects.

"We are pleased to welcome Mr. Dhillon to the university and to Aiken," said Dr. Sandra Jordan, USC Aiken chancellor.

"He provide us all with critical information on what we can do right here in our homes to help DEA's efforts."

A 2017 consensus study report by National Academies of Science, Engineering, and Medicine highlighted that "national trends indicate that each year more people die of overdoses-the majority of which involve opioid drugs-than died in the entirety of the Vietnam War, the Korean War, or any armed conflict since the end of World War II."

For some patients, qualified physicians prescribe opioids for legitimate pain management. However, a significant portion of balancing societal benefits and risks of illegal prescription opioid is within the Drug Enforcement Agency's (DEA) portfolio.

The Department of Justice and U.S. Drug Enforcement Administration have proposed a reduction for controlled substances that may be manufactured in the U.S. next year. Consistent with President Trump's "Safe Prescribing Plan" that seeks to "cut nationwide opioid prescription fills by one-third within three years," the proposal decreases manufacturing quotas for the six most frequently misused opioids for 2019 by an average ten percent as compared to the 2018 amount.

Revised limits will encourage vigilance on the part of opioid manufacturers, help DEA respond to the changing drug threat environment, and protect the American people from potential addictive drugs while ensuring that the country has enough opioids for legitimate medical, scientific, research, and industrial needs.

In 2006, Dhillon was confirmed by the U.S. Senate as the first director of the office of counternarcotics enforcement at the Department of Homeland Security. In that role, he worked closely with other federal agencies to coordinate the federal government's anti-drug efforts. Prior to DHS, Dhillon served as an associate deputy attorney general in the United States Department of Justice where he led the development of the department's anti-gang efforts as chair of the Attorney General's Anti-Gang Coordination Committee, developed policies and procedures for resolving federal law enforcement jurisdictional conflicts over terrorist-related explosives investigations, served as a member of the Attorney General's Review Committee on Capital Cases, and was appointed executive director of the President's Board on Safeguarding Americans' Civil Liberties.

Earlier in his career, Dhillon served as an assistant U.S. attorney in the Central District of California for more than six years. In that role, he directed complex investigations of major narcotics trafficking organizations and gangs. Dhillon successfully prosecuted cases involving narcotics trafficking, money laundering, alien smuggling, and gun possession crimes. He also argued multiple appeals before the Ninth Circuit Court of Appeals.

Acclaimed author Wes Moore energizes audiences with his remarkable personal story of overcoming adversity through education, embracing personal responsibility and emerging as an inspirational leader. His moving life journey from wayward inner city youth to decorated veteran, Rhodes Scholar, White House fellow and business leader is the subject of the much-anticipated major motion picture, The Other Wes Moore from Executive Producer Oprah Winfrey. Based on his New York Times bestseller, The Other Wes Moore tells the story of how educational opportunities, strong parental influence, mentors and a community support network helped him transcend the fate of a man with the same name who lived just blocks away and took a tragically different path to prison. Sharing this and other powerful accounts of inspirational people, Wes Moore leaves audiences hanging on his every word until they rise to their feet in ovation.

Wes Moore is the Chief Executive of The Robin Hood Foundation, one of the nation’s largest foundations with a sole focus on alleviating poverty. He is also founder of BridgeEdu, an organization that provides support to students as they try to navigate higher education. Previously, he worked on Wall Street and was named one of the top young business leaders by Crain’s New York Business. Moore served as a White House Fellow and special assistant to Secretary of State Condoleezza Rice. He is also a retired decorated combat veteran and officer who served a tour of duty in the elite 82nd Airborne division of the United States Army in Afghanistan. His decade of military service inspired him to become a passionate voice for veterans, executive producing and hosting Coming Back with Wes Moore, a PBS miniseries about the challenges facing returning Iraq and Afghanistan vets. Moore is the author of four books including the New York Times bestseller The Work: My Search for a Life that Matters and a contributor to the Huffington Post, The Times and NBC News. He also hosted Beyond Belief on the Oprah Winfrey Network, American Graduate Day on PBS and executive produced the 2016 critically-acclaimed PBS series All the Difference, chronicling two African-American teens from Chicago’s South Side pursuing their dream of graduating from college. Moore is a graduate of Johns Hopkins University. He was awarded a Rhodes Scholarship to study at the University of Oxford, earning a MLitt in International Relations and Affairs.

Whether he’s speaking on transformational leadership, the life-changing power of education, or the value of diversity and corporate responsibility, Wes Moore tailors each presentation to the specific audience and event. Through unforgettable storytelling, he inspires all of us to see solutions instead of problems, overcome challenges, reach higher, lift up others and find the power and purpose to achieve any goal.

Fallon led US and Allied forces in eight separate commands at the highest levels of American government before retiring after 41 years of leadership. His advocacy of diplomatic and economic engagement as the preferred approach to resolving international disputes was the hallmark of his distinguished service.

As Commander of U.S. Central Command from 2007 to 2008, Fallon led U.S. military forces in the Middle East, Central Asia, and Africa and was instrumental in the turnaround of the ground situation in Iraq. He promoted active communication between governments while in command of the Asia­Pacific and Middle East regions. During his tenure as Commander of the U.S. Pacific Command, he promoted stronger military-­to-­military relations between the U.S. and China.

He applies his experience in international security, political, and commercial affairs to his current role as chairman of CounterTack, Inc., a cybersecurity company. His years in the military helped shape his understanding of the rising need for cybersecurity to protect sensitive communications and critical assets and reinforced his commitment to an active response to cyber threats.

Fallon operates his own consulting and advisory business, William J. Fallon & Associates, LLC and is a partner at Tilwell Petroleum, LLC. He is a distinguished Fellow at the Center for Naval Analyses, a member of the U.S. Secretary of Defense Science Board, and sits on the advisory board of cybersecurity startup Cylance, as well as the American Security Project, a bipartisan public policy initiative dedicated to fostering knowledge about national security and foreign policy issues. He recently joined the ownership and management team of SM&A, an Irvine, CA based consulting firm.

Educated at Villanova University, the US Naval War College, and National War College, Fallon also holds his M.A. in International Studies from Old Dominion University. He spent a year as a Robert Wilhelm Fellow at the Massachusetts Institute of Technology Center for International Studies and serves as chair of the center’s advisory board. A frequent lecturer at universities, corporations, and symposia worldwide, Fallon champions initiatives in energy, cybersecurity, global health, and leadership by example.

The Book of Revelation

The Legacy of Watergate : How the Scandal Changed Legal Ethics.