Dine and Dance with the Swingin’ Medallions at the Convocation Center 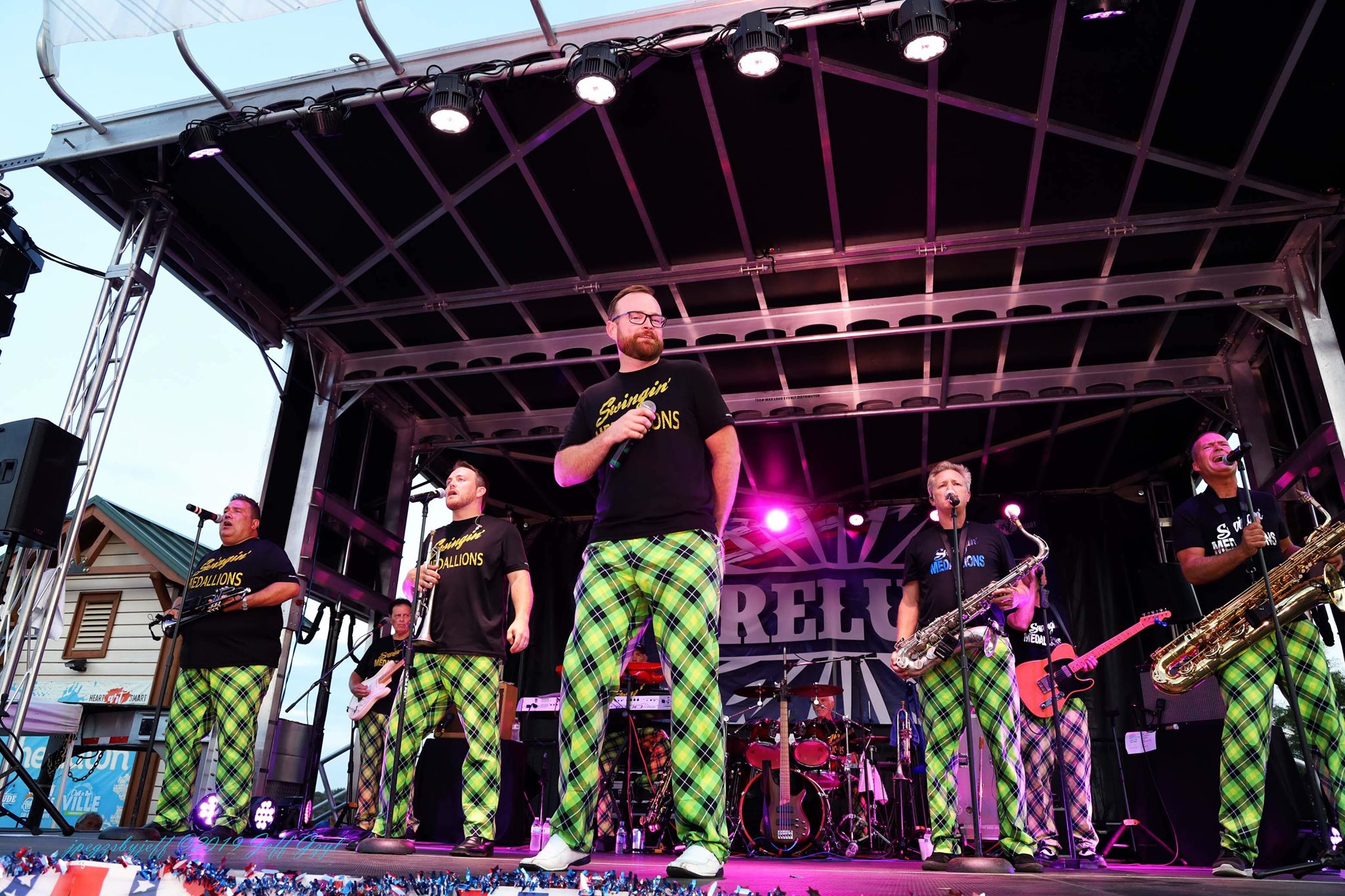 We don’t have a red carpet long enough for this group. No introduction is needed, just grab a pair of dancing shoes, and revel in the great music with this iconic group at our dance and dine concert on December 10th! This Holiday event, part of the University’s 60th Anniversary Celebration, will be presented at the USCA Convocation Center, and will include a catered meal and cash bar. For those who do not wish to eat, a concert-only ticket will also be available.

How does a band endure the generations? The group’s signature high-energy style delights audiences of all ages. Their act, as well as their music, is indeed timeless. The band was founded in 1962 by John McElrath and now includes his sons, Shawn and Shane. Featuring an ever-popular horn section, the group effectively blends the sounds and music of yesterday and today. Performing in venues across the nation, their diverse repertoire has made them overwhelming favorites with college audiences as well as the more mature rock and rollers.

Made famous by their 1.5 million record-selling smash, “Double Shot of My Baby’s Love,” the Medallions became one of the most well-known bands in the genre that came to be known as Carolina Beach Music. “Double Shot” remains a signature song of the band today, and in fact, continues to demonstrate its timeless quality through use on radio, television and in motion pictures. “Double Shot” was followed with another hit, “She Drives Me Out of My Mind”, in 1967, and in 1969, they released yet another hit, “Hey, Hey Baby,” which later featured at their 2004 Gator Bowl Half-Time Show performance. Since its founding in 1962, the band has released countless other singles through Capitol and Smash Records.

Chicago Tribune nationally syndicated columnist Bob Greene wrote an article entitled The Swingin’ Medallion View of U.S. History. He summed up America’s love affair with “Double Shot” with his discovery of the song being played and sold in the gift shop of the Smithsonian Institute. When inquiring as to why it was available in the nation’s foremost repository of history, the clerk replied, “Because it’s as much a part of our history as anything else we sell”.