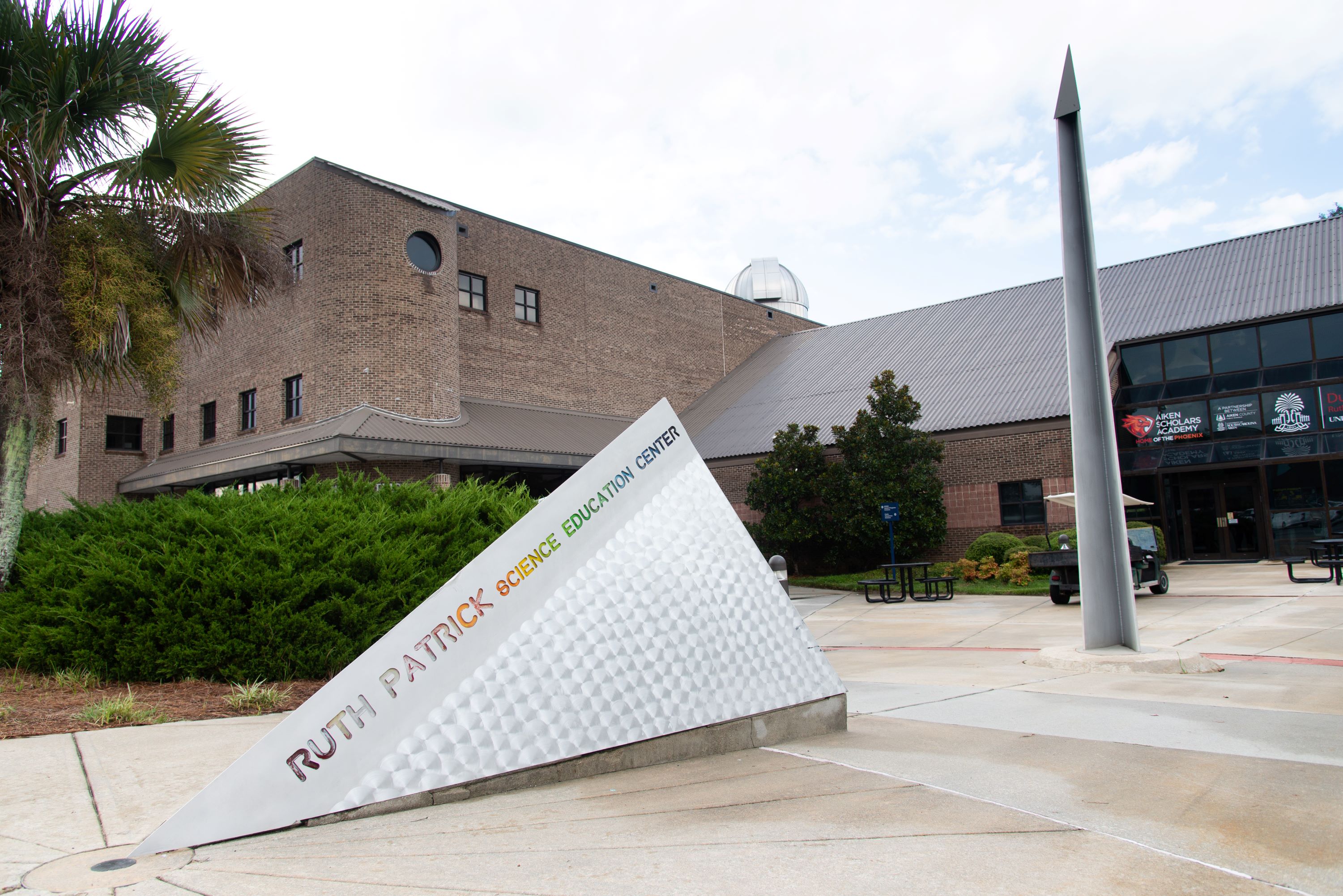 The Ruth Patrick Science Education Center is named for a pioneer in the field of limnology.

Dr. Ruth Patrick was a contemporary, world-renowned scientist who studied the waterways of South Carolina for more than sixty years. Ruth Patrick was born in Topeka, Kansas where she learned to share her father's love for nature and microscopic plant life. From there she came to South Carolina and in 1929 she earned a Bachelor's degree from Coker College in Hartsville, SC. In 1934, she earned a PhD from the University of Virginia.

In the early 1950s, she was assigned by the Atomic Energy Commission to collect baseline data on the water quality and biota of the Savannah River prior to the opening of the Savannah River Plant. Dr. Patrick responded by forming a team of scientists from the Academy of Natural Sciences of Philadelphia to study the area. She was the first scientist to diagnose the health of a river or stream by plant life and animal species. Her early studies contributed significantly to the developing field of ecology and established for the first time a set of aquatic indices that could be used to describe the health of water systems and the impact of industrialization. Her work has since been modeled by ecologists worldwide.

Dr. Patrick's career was marked with many awards and accomplishments. She was the Francis Boyer Chair of Limnology at the Academy of Natural Sciences in Philadelphia, PA. She received the Award of Merit from the Botanical Society of America in 1971, the Eminent Ecologist Award from the Ecological Society of America in 1972, and the Gold Medal of the Royal Zoological Society of Belgium in 1978 In 1970, she was elected to the National Academy of Sciences and in 1974 to the American Philosophical Society. In 1989 Dr. Patrick was awarded an Honorary Degree of Doctor of Science by the University of South Carolina and in 1996 she was inducted into the South Carolina Hall of Science and Technology.

Today, the staff of the RPSEC continues following the pioneering spirit of Dr. Ruth Patrick through many innovative educational programs and activities for the CSRA community. The "Spirit of Ruth Patrick Award" is given each year to a teacher who follows this pioneering spirit to inpire others to infuse a Love for Science, Technology, Engineering and Mathematics.